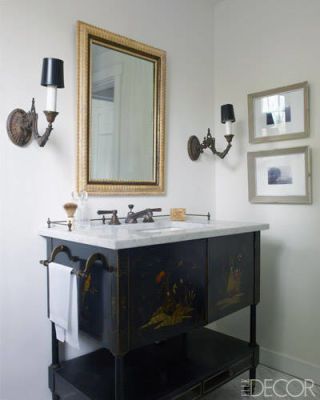 WITH A LIGHT TOUCH

WITH A LIGHT TOUCH
Electrified gas sconces in a guest bath flank a vanity that was updated with a Carrara marble top; the sink is by Kohler, and the photographs were taken by Morey as a child. 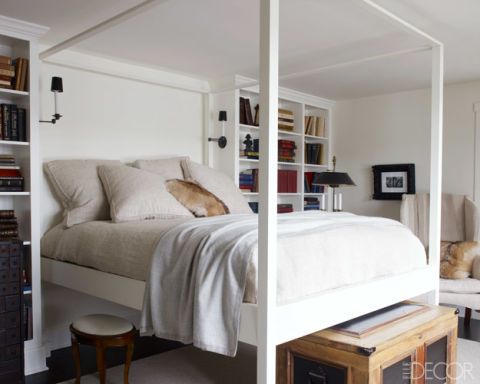 WITH A LIGHT TOUCH
A custom-made bed and shelves in the master bedroom; the George II wing chair is circa 1750, and the trunk is a family heirloom. 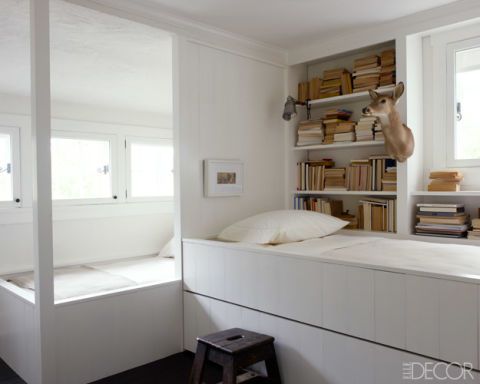 In a guest bedroom, built-in beds and tongue-and-groove paneling are painted in Darryl Carter’s Bancroft White for Benjamin Moore. 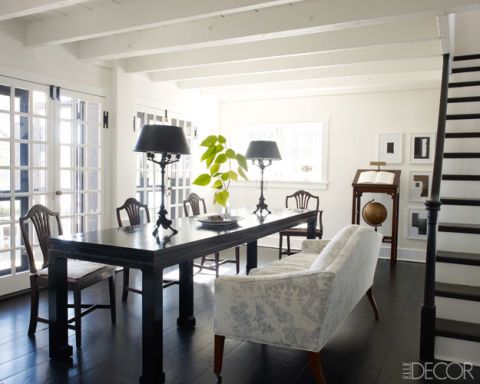 Circa-1840 Scottish chairs and a late-18th-century English settee, upholstered in a Scalamandré cotton, surround the custom-made dining table; paintings by Carter hang beside an English book stand.

WITH A LIGHT TOUCH
In the dining room, a 19th-century painting hangs above the original mantel, and the shelves are custom made.

WITH A LIGHT TOUCH
Morey in front of an artwork created from salvaged metal skids. 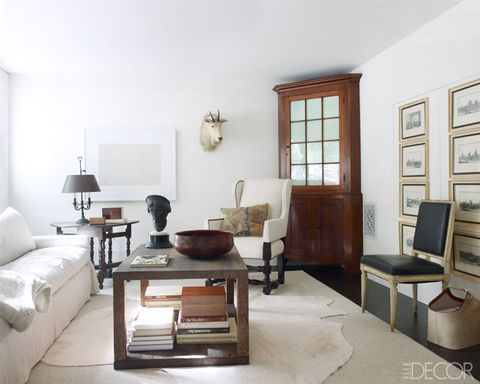 A sofa and wing chair by Lee Industries and a Louis XVI side chair surround a custom-made cocktail table in the family room; the corner cabinet is a family heirloom, and a family tree drawn by Morey’s father and brother hangs behind an antique tole lamp. 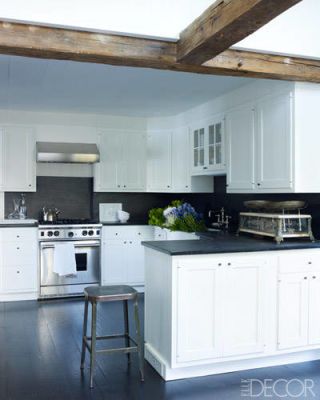 The kitchen’s range and vent hood are by Wolf, and the sink fittings are by Waterworks. 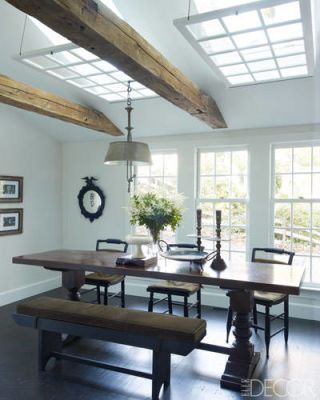 In the breakfast area, an electrified 19th-century gaslight is suspended above an antique Italian table; the bench and chair cushions are covered in a Duralee velvet, and the picture frames were designed by Morey’s father. 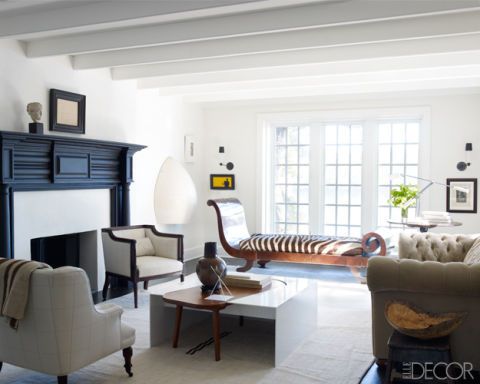 The living room of David Morey’s home in Bucks County, Pennsylvania, which was designed by Darryl Carter. The daybed is French Art Deco, and the chesterfield is vintage. For the cocktail table, Carter commissioned a steel piece to surround a wood table made by Morey’s father in the 1960s; the American mantel is circa 1820, and the rug is Turkish. 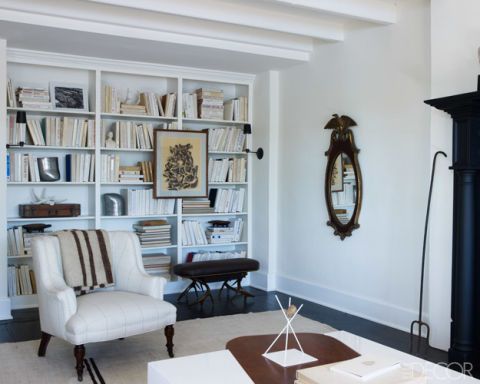 The club chair in the living room is upholstered in a Twill Textiles wool, and the bench and circa-1876 mirror were purchased in Lambertville, New Jersey; Carter designed the stand that holds a stone Morey brought back from Kilimanjaro.

WITH A LIGHT TOUCH
A staircase crafted of reclaimed wood leads to the attic, which houses Morey’s office and a guest bedroom

WITH A LIGHT TOUCH
A mid-20th-century desk and an Arne Jacobsen chair in the office area of the attic; the telescope was found at a Charleston, South Carolina, estate sale, and antique ballot boxes are displayed on custom-made pedestals.

WITH A LIGHT TOUCH
The attic bath’s sink and fittings are by Thomas Crapper & Co., and the cabinet is made of reclaimed wood and hardware. 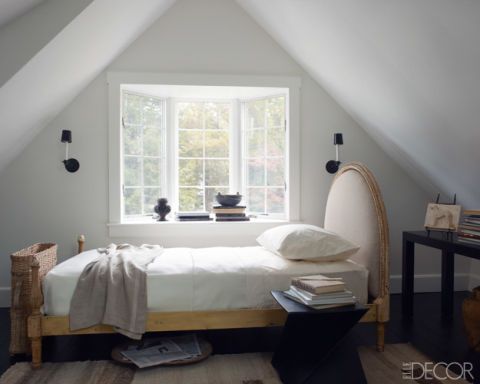 In the attic guest room, the bed is dressed with Sferra linens; the table is a Milo Baughman design, the sconces are by Vaughan Designs, and the rug is Turkish. 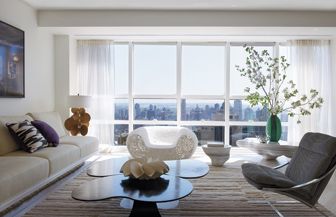 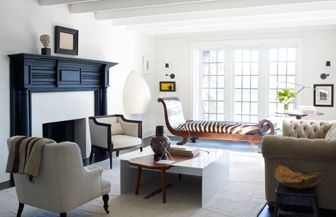 WITH A LIGHT TOUCH