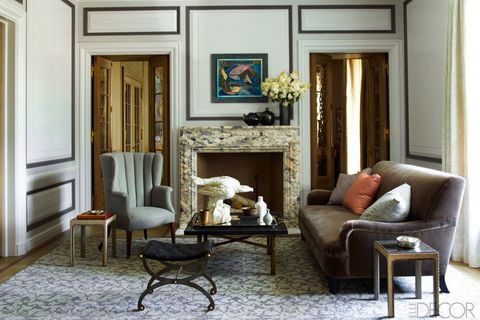 A good photograph is a powerful thing: It can transport you instantly from wherever you happen to be right now to, say, a sumptuous suite in the Plaza Hotel. But, having gotten you there, the picture’s potency abates. It cannot describe the way daylight moves through the rooms, for example, or the delightful feeling of spying an undulating expanse of treetops through a sequence of windows. It can barely differentiate between a ceiling that has been hand-finished in plaster and rubbed with wax, and one treated to a contractor’s quick skim coat. And an image is altogether incapable of expressing the sensual deliciousness of heavy Belgian linen curtains that fall like columns of molten ivory to the floor; of soft wool-silk rugs that pad your footsteps; of muscular leather, cool marble, and plush velvet.

In the living room of a Manhattan apartment designed by Steven Gambrel, the custom sofa is upholstered in a de Gournay silk velvet, the 19th-century linen-covered armchair is English, and the nesting tables are early 20th century; the painting is from the 1950s, and the rug is by Stark. 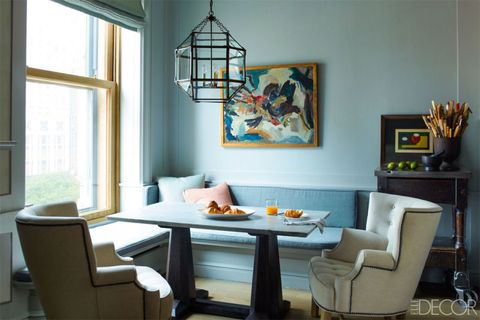 The patinas Gambrel created for this residence are an homage to the history of the Plaza itself. Designed in French Renaissance–château style, the hotel opened to the public in October 1907, quickly becoming one of New York City’s toniest addresses—and, indeed, one of the most iconic hotels in the world. Alfred Vanderbilt, the railroad heir and celebrated sportsman, was the first guest to sign the register; he was followed, in due time, by Frank Lloyd Wright, Richard Burton and Elizabeth Taylor, the Beatles on their first American tour, Ronald Reagan, and Michael Jackson. The ballroom has witnessed the comings-out of countless debutantes, as well as the inimitable black-and-white ball hosted by Truman Capote, and, of course, the entire hotel was the playground of a precocious six-year-old named Eloise.

In the kitchen, the marble-top table is custom made, the linen-covered armchairs are by Lucca Studio, the lantern is from Circa Lighting, and the 1950s painting above the banquette was found in Charleston, South Carolina; the floors are oak, and the strié walls are in Benjamin Moore’s Sterling and Winter Solstice, with trim painted in Stonington Gray. 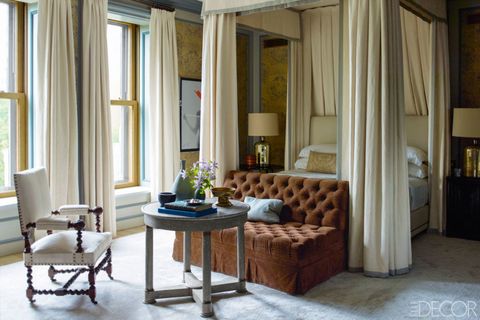 He’s also not a fan of predictable gestures—which is why the hammered-leather wall panels in the bedroom, inspired by a Spanish chair, are done in an unusual chalky citron, the ecclesiastical-style table in the foyer supports a bronze American eagle, and the chunky 1940s oak dining table by French architect Jean-Charles Moreux is attended by vintage leather high-back chairs beside a huge contemporary pixelated portrait of Queen Elizabeth. “To me, surprise comes from something familiar used in an unexpected context,” he says. “You see things you may have seen before, but the way they’re used is very fresh.”

In the master bedroom, the bed canopy and curtains are of a Lulu DK linen, and the silk rug is by Beauvais Carpets; a custom-made settee upholstered in a Clarence House velvet faces a marble-top Directoire table and a 19th-century spool-leg chair. 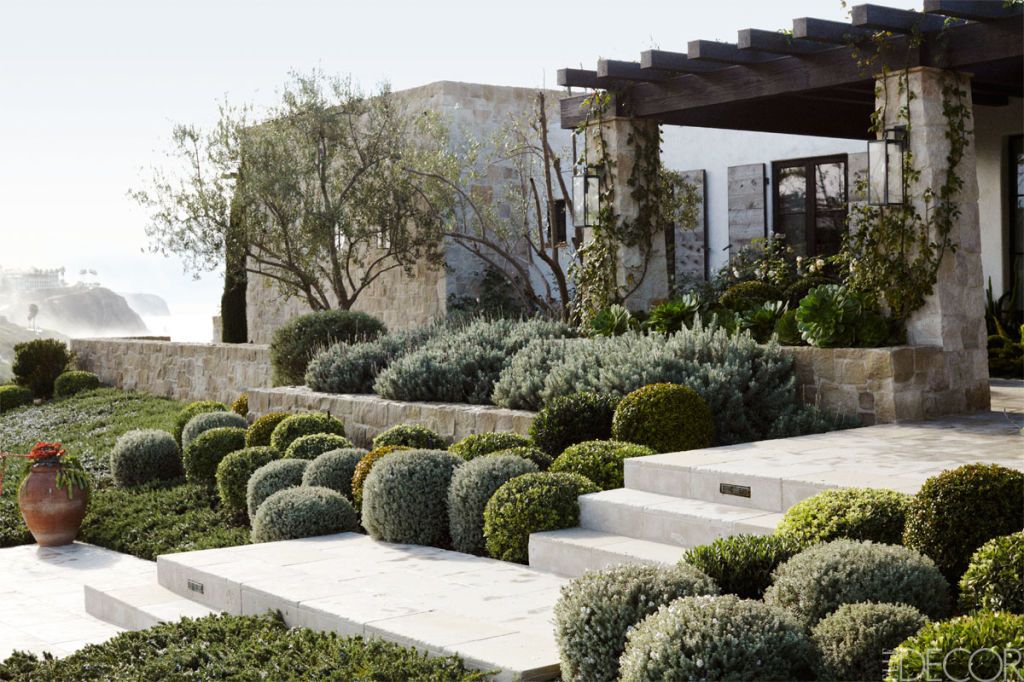 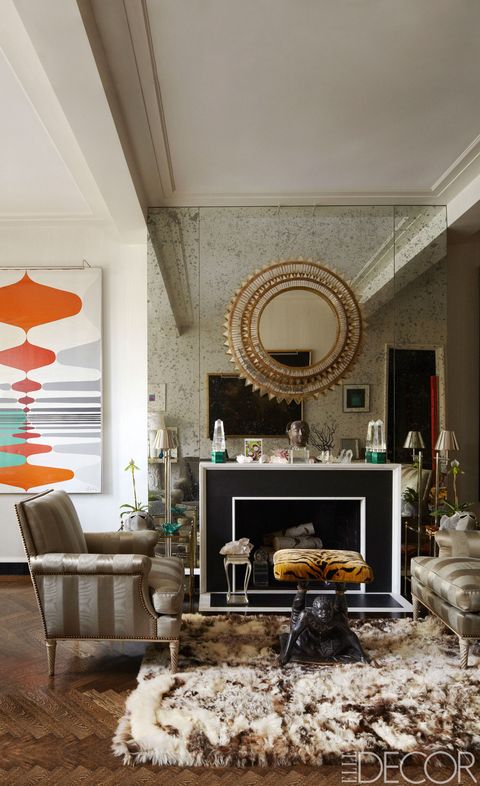