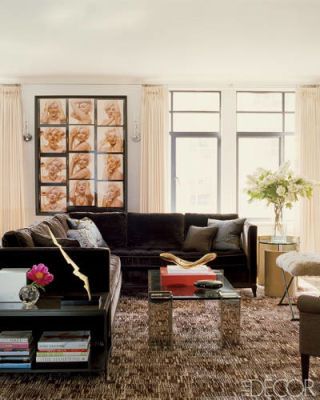 Sculptures by Chuck Priceare displayed on a cocktail table by the Pace Collection and a side table by Richard Mishaan; the photos are from Bert Stern’s iconic series “The Last Sitting,” the living area’s custom-made sofa is upholstered in a Nancy Corzinesilk, and the rug is by Stark. 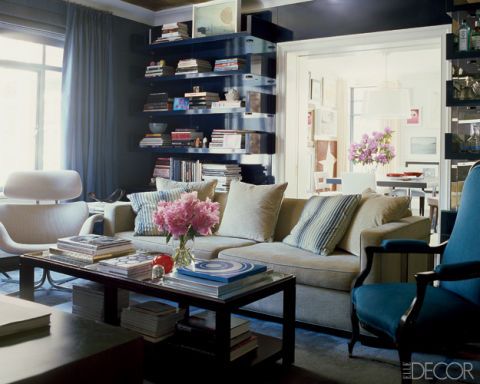 In the library, shelves and a sofa by Richard Mishaanand a cocktail table by Bolier & Co.; the ceiling is sheathed in gold-leaf paper by Stark. 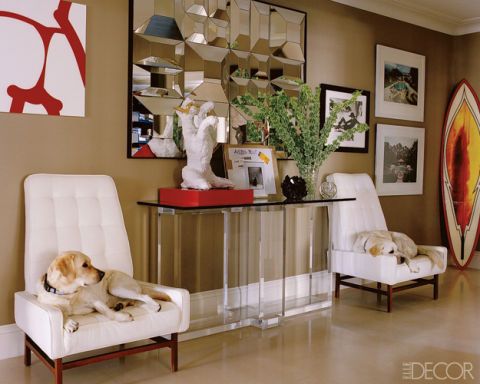 William and Henry, the family’s yellow Labradors, relax on midcentury chairs in the foyer; the sculpture is by Chuck Price, the photographs are by Slim Aarons, the painting is by Julian Opie, and the wall color is Drab by Farrow & Ball. 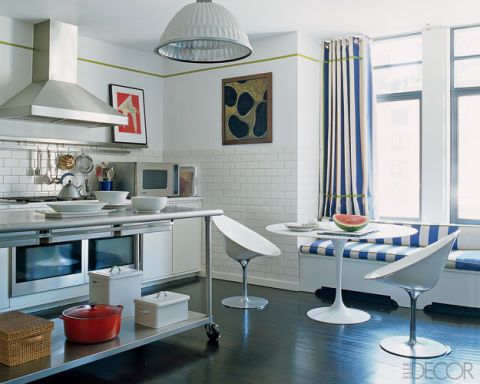 Mishaan used a narrow green border as a design motif in the kitchen; the curtains and window seat feature a Donghiaawning stripe, a Saarinen table by Knollis flanked with chairs by Kartell, and the pendant light is by FontanaArte. 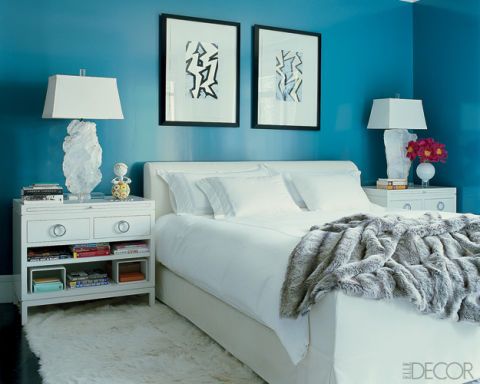 The master suite’s bed and nightstands are by Richard Mishaan. 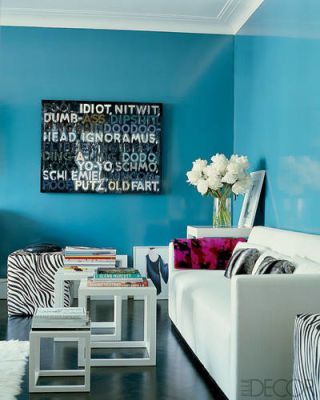 The ottomans were designed by Mishaanand upholstered in an Edelman leather; the nesting tables are by Jonathan Adler, the sofa is from Homer, and the painting is by Mel Bochner.

A photograph by Irving Penn in the master bath. 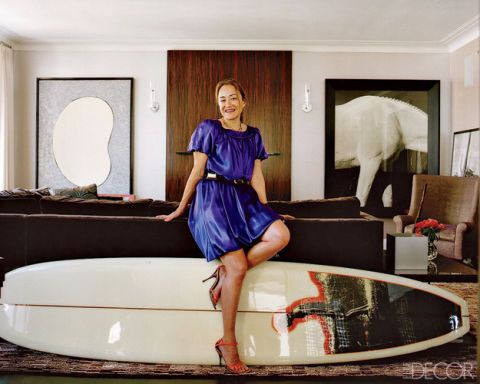 Julie Anne Quay at her Manhattan apartment, which was designed by Richard Mishaan. 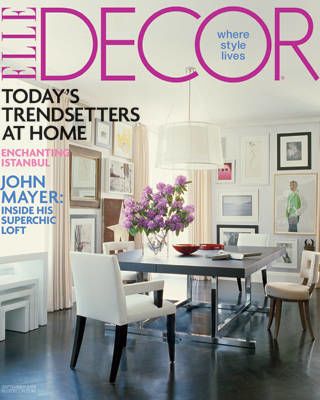 This article was featured in the September 2009 issue. 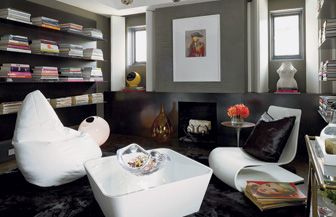 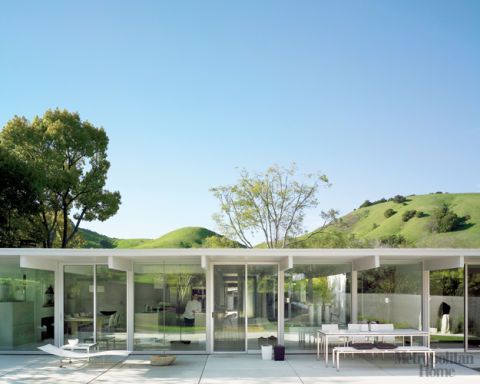