HomeDecorLean life: cramped homes from all over the world 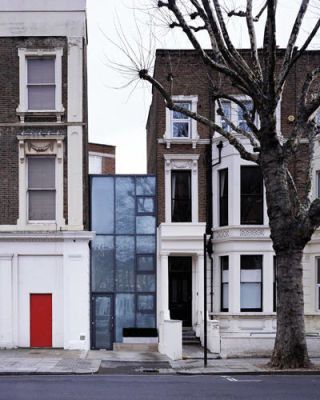 Lean life: cramped homes from all over the world

At just 10 feet across by 26 feet high, this teeny house occupies the former site of a wine vault that once served the pub next door. Not as cramped, as it may seem, the ground floor opens to nearly 20 feet in the back and spills onto a terrace. A glass façade and white paint give it a stark, modernist look—especially when wedged between traditional brick neighbor 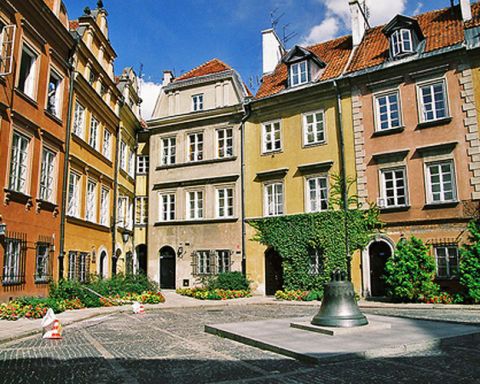 Thriftiness gave rise to this slender 17th century house in one corner of Warsaw’s Old Town Square. Four hundred years ago, the people of Poland were subject to a property tax based on the width of the street-facing façade and the number of windows on that side. Slightly wider than the door and with just two stacking windows, this building was a major money-saver. It was partially destroyed in 1944 and rebuilt in 1959 according to its original design.

In 1830, John Hollensbury, the owner of one of the neighboring houses, wanted to stop horse-drawn wagons from coming into his alley. To block off the area once and for all, he decided to fill that space with another house—the Spite House. At 7 feet wide and 25 feet long, it doesn’t afford much living space—just 325 square feet in two stories. Luckily, the current owners have something much more spacious just 20 minutes down the road.

Created by architects Pieter Peerlings and Silvia Martens of Sculp(It), this illuminated 7-feet-10-inches-wide structure is a marriage of work and play. Steel walls, glass windows and a black frame make each level a living shadowbox for working, eating, living, and sleeping, in ascending order. A tightly wound stainless steel staircase allows residents to move from level to level, and up to the terrace for sun-bathing on top. The glowing, voyeuristic design is a nod to this neighborhood’s former trade, prostitution. 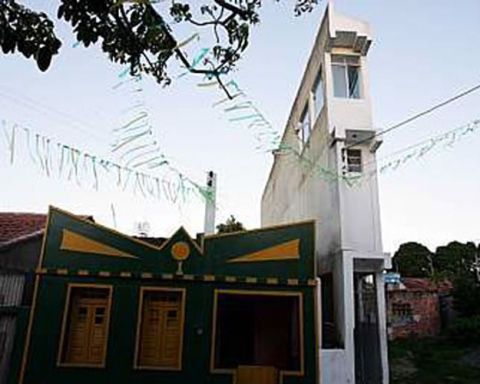 Although the plans for this 3 feet wide by 33 feet high house were never originally approved, this plot has become a major tourist attraction in the small Brazilian town. And while the house’s owner and designer may not be able to stretch her arms out fully when she walks in the front door, she does enjoy three stories, three bedrooms, and a more luxurious kitchen—it widens to 6.5 feet in the back.

This petite home stakes its claim as the narrowest in Amsterdam. The three-story slice of space is crammed pretty tightly between its taller and wider neighbors—rich red brick gives it a bold presence despite its slight dimensions. 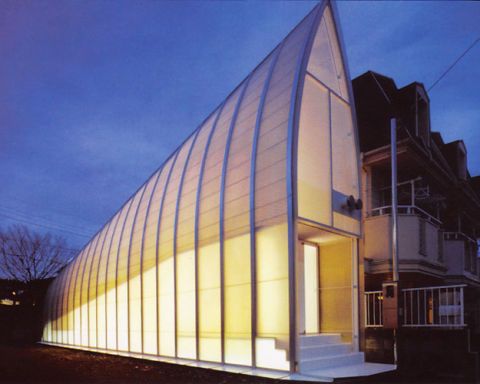 Built on a trapezoidal plot just 2.5 feet wide at its narrowest point and under 10 feet on the widest edge, the plot’s area certainly required a creative solution. Working in this space, architect Yasuhiro Yamashita chose to make the house as long as possible with sides that slope up to meet at the top. The transparent walls are a clever touch, drawing in sunlight even into the basement.

The walls of this quaint, Civil War-era house don’t stretch very far—just 10.4 feet on one end and 9.2 on the other for a total of 964 square feet—and that’s across four stories. With only five doors in the entire space, the floors are all that divvies up the rooms.

While many small houses are born from lack of acreage, the builders of this house outside of White Sulphur Springs chose to stay compact in wide-open spaces. This brick spherical structure covered in aluminum vinyl steel stands 10 feet across and each floor spans 600 square feet. That may sound tiny but when you count the basement, the space adds up to a hefty 2,400-square-feet!

At 5 feet wide throughout, this bright yellow house in Old San Juan is one of the narrowest in the world. It stretches 36 feet back and is two stories high. While formerly a residence, the space is currently undergoing renovations to become an art gallery— paintings may be a better fit.

In 1873 a carriage entranceway became the foundation for this house. Located between 75 and 77 Bedford Street, its unusual address attests to its alleyway roots. Once a cobbler shop, candy factory, and home to actor John Barrymore and poet Edna St. Vincent Millay, the three-story, nine-and-a-half-feet-wide brick building is now just another small house in New York—albeit the skinniest one.

Constructed in 2000, this house is less than 7 feet wide at its smallest edge. It boasts an odd L-shape that wraps around a small garden in the back. Constructed of metals to keep the walls as thin as possible, the floor is the only element made of wood. Inside, neutrals, such as beige, charcoal-grey, and white tiles further the minimalist design. 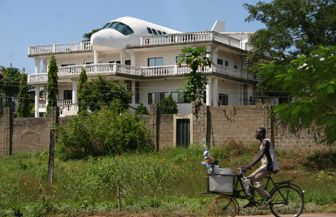 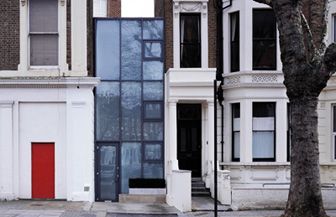 Lean life: cramped homes from all over the world