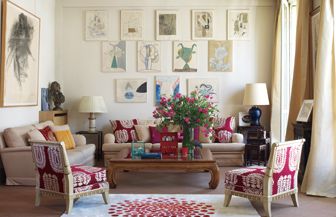 “Art is a big part of my life,” declares Parisian rug designer Sabine de Gunzburg. Her spacious apartment bears this out. Drawings by Jean Cocteau, André Derain, and Pierre-Paul Prud’hon, passed down through her family, decorate the walls. A self-portrait by Gérard Garouste, one of France’s most celebrated living painters, hangs in her office. Plates from a book of Picasso artworks adorn the living room; a framed handkerchief, embroidered by Louise Bourgeois with the words “I have been to hell and back, and let me tell you, it was wonderful,” sits on a small 18th-century cabinet.

De Gunzburg also likes to collect more conceptual pieces. She is particularly attached to an oversize Playmobil character, fashioned from steel by the Portuguese sculptor Esoj. She refers to the figure, with characteristic humor, as “my son.”
In reality, de Gunzburg has two daughters, as well as an illustrious family history. One of her ancestors was Baron Joseph Günzburg, who established a bank in 19th-century St. Petersburg. Another was the legendary fashion editor Baron Nicolas de Gunzburg, who helped launch the career of Calvin Klein. De Gunzburg’s maternal family tree is laden with art and antiques dealers. Her grandfather, Jean Seligmann, sold furniture on Place Vendôme between the wars. Her mother, Claude-France Seligmann, took over the Galerie Lucie Weill, once a nerve center of 20th-century Parisian art where Picasso, Max Ernst, and Jean Arp exhibited. Before that, her mother worked alongside the man de Gunzburg refers to as “Oncle Jacques.” To others, he is known as Jacques Grange, the renowned decorator who has created homes for Yves Saint Laurent and Princess Caroline of Monaco.

“My earliest memory of him is being in their office at the age of four,” recalls de Gunzburg. “Jacques would tell me, ‘You can touch everything, except our drawings!'” Through him, she met such notable figures as Madeleine Castaing and the poet Louis Aragon. Grange and de Gunzburg remain good friends. “Sabine is like family,” he says. “She’s a very generous and wholehearted person. Plus, she has charming taste and great curiosity.”

When de Gunzburg found an apartment in a 1930s building, it seemed natural to turn to Grange for a helping hand. “We did everything together,” she declares. “Nothing was chosen solely by Jacques, and I didn’t pick anything without consulting him.” Grange reworked the layout, which consists of a long, L-shaped corridor with rooms off either side. He aimed to conjure a warm and timeless ambience. “My goal was to create what Saint Laurent called ‘an atmosphere à la Chanel,'” he says, “with wood paneling and honey tones.”
De Gunzburg effortlessly combines furniture and objects of diverse provenance—a skill she learned from her mother and Grange. Family heirlooms, such as a Louis XV desk and a pair of 18th-century mirrored sconces, mix with 20th-century pieces bought from Parisian dealer Olivier Watelet, including a 1950s bronze Gilbert Poillerat cocktail table and Jansen brass nesting tables. “I really pay attention to what he recommends,” says de Gunzburg. One Watelet acquisition, the mirrored console in her bedroom, has a unique history: It once belonged to singer Annie Lennox.

De Gunzburg is also a great fan of the Parisian auction house Drouot, where she has unearthed such finds as the circular Martial Raysse drawings above her bed and a leather-clad armchair, wastebasket, and valet designed by Jacques Adnet. “I bought them when they cost next to nothing,” she says cheerfully. She likes quirky touches—for instance, the two Guillaume Piéchaud steel chairs in her living room, which resemble gigantic commas. She discovered the iron buttocks that hang on the door of a powder room while visiting a chic London art gallery. “They were in the window of a neighboring sex shop,” she notes nonchalantly.

Scattered throughout the apartment are examples of her exquisite rugs. Produced in workshops in Bhutan, Benares, and Srinagar, they are handmade entirely from silk. Many are inspired by her passion for art. One bears a patchwork of national flags, paying homage to the work of the late Italian conceptual artist Alighiero Boetti; others are covered with a whimsical chain of circles or an explosion of red and orange dots. A few have words written on them in the manner of Ed Ruscha: “90% Angel, 10% Devil.” The motto emblazoned on another perfectly sums up her approach: “Never Say No.” For de Gunzburg, nothing is out of bounds. 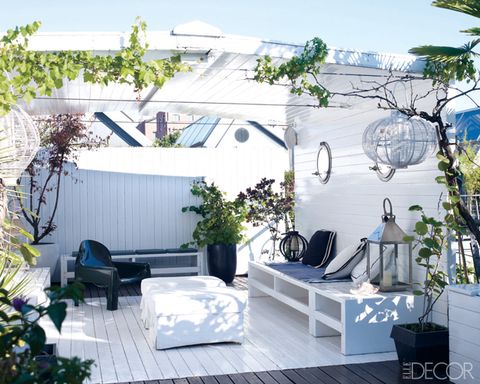 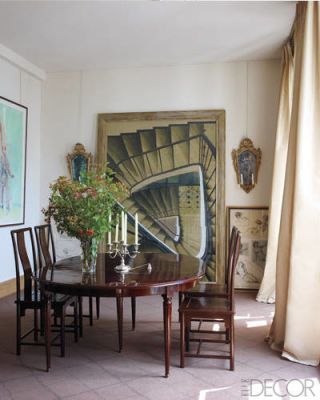