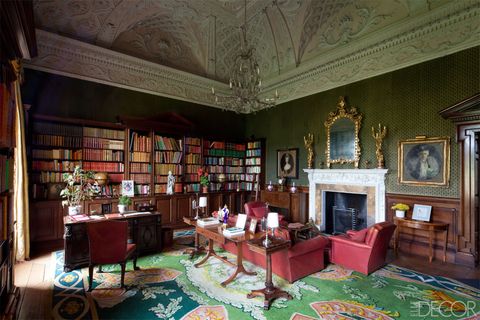 Often described as the most beautiful house in Ireland, Russborough is certainly the longest: Its granite façade stretches 700 feet. Designed by German-born architect Richard Castle, the Palladian building dates from the 1740s and was commissioned by Joseph Leeson, whose father had made a fortune in brewing and property speculation.

In the library ofRussborough House in County Wicklow, Ireland, the 20th-century sofa and armchairs are covered in oxblood leather, the George III–style table is inlaid mahogany, and the William IV plant stands flanking it are rosewood; the plaster ceiling by Paolo and Filippo Lafranchini dates from the 18th century, a portrait of the Countess of Airlie by Sir John Lavery hangs beside the 18th-century marble fireplace, the Venetian glass chandelier is 19th century, and the rug was commissioned in 1952 from Madrid’s Royal Tapestry Factory. 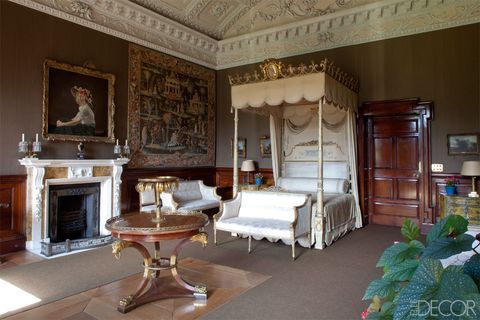 TAPESTRY ROOM
As befitted the owner of such a house, Leeson decided to acquire a title, becoming Earl of Milltown in 1763. Two decades later he died, in the words of a contemporary, “extremely rich, an old debauchee.”

In the tapestry room, the English State bed and settees, all covered in matching silk, were made in 1794 by Wilson’s of the Strand; the mahogany-and-brass center table is Regency. 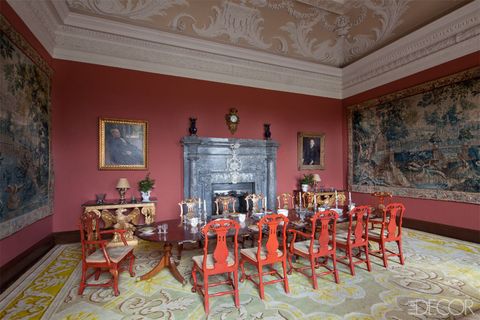 That August an advertisement in Country Life magazine heralding the sale of the historic property was spotted by Sir Alfred Beit, who had long been interested in the estate. Together with his wife, Clementine, a first cousin of the famous Mitford sisters, Beit restored not just the fabric but also the spirit of the old house, replenishing its rooms with glorious paintings, such as the only Vermeer then still in private hands, along with works by Goya, Velázquez, Rubens, Frans Hals, and Gainsborough.

In the dining room, 20th-century lacquer-and–parcel-gilt chairs in the style of Giles Grendey surround an 18th-century mahogany table; the gilt-wood consoles, attributed to William Kent, are from the same period, the Louis XIV tapestry depicts formal gardens, and the walls are hand tinted with casein paint. 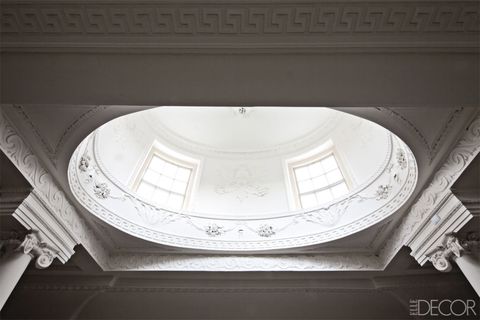 VAULTED CEILING
Overseeing the ceaseless festive activities was John Pollard, Russborough’s butler for more than 40 years. Among the Beit papers are Pollard’s daily instructions from Sir Alfred tactfully advising on the idiosyncrasies of individual guests, as well as indicating the correct pronunciation of names and titles.

The plasterwork above the first-floor landing dates from the mid-1750s. 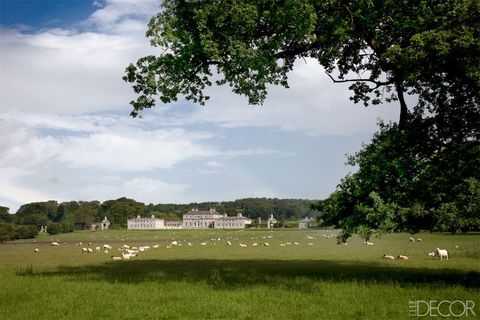 EXTERIOR
A view of Russborough, whose façade runs almost 700 feet. 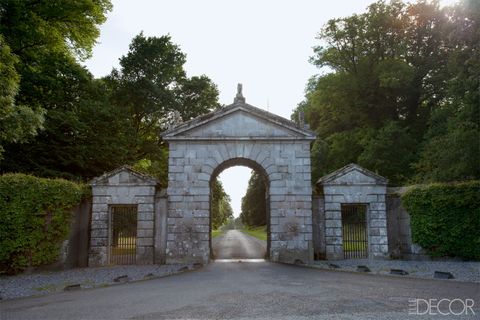 GATEWAY
The Beits had no children and, in 1976, established a charitable trust to ensure that the landmark’s future would never again be in doubt. Sir Alfred died in 1994, his wife 11 years later. Their finest paintings were donated to the National Gallery of Ireland; some others were stolen (and recovered) in a series of robberies. But a majority of the works remain in place—along with exquisite pieces of furniture, tapestries, silver, and porcelain—as they have been for more than 250 years.

The limestone gateway, flanked by beech trees, was the original entrance to the house. 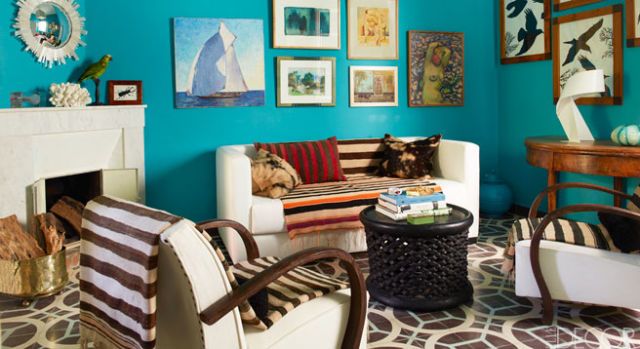 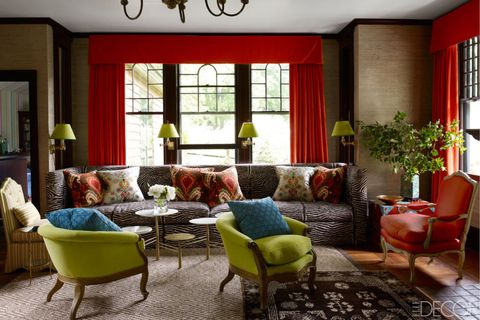