HomeDecorERIC HUGHES and NATHAN TURNER relax in a beach house 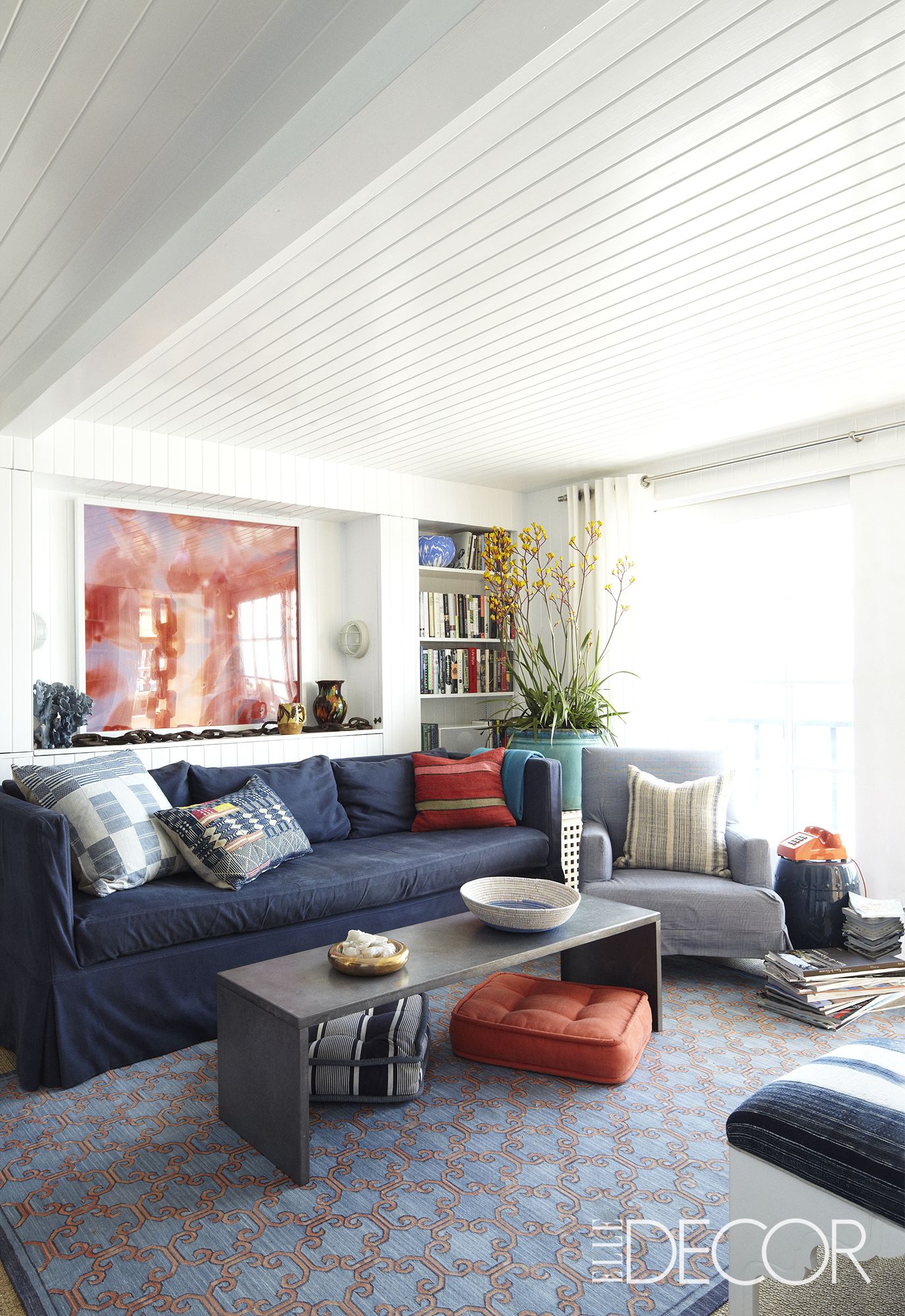 ERIC HUGHES and NATHAN TURNER relax in a beach house

Though Eric Hughes and Nathan Turner spent their boyhoods on Southern California sands, it took decades — and a nudge from Cupid — before they had a Malibu beach house of their own. Turner, who grew up in San Francisco’s East Bay and summered in Laguna Beach, opened an eponymous antiques store in West Hollywood a decade ago, which brought him design commissions from Amanda Peet and Marcia Cross. Hughes, an Orange County native, made a graceful transition from movie executive to Manhattan-based interior designer with high-profile commissions from Sarah Jessica Parker and Katie Couric.

They crossed paths six years ago, when Mary McDonald, Turner’s best friend and his costar on Bravo’s Million Dollar Decorators, introduced them. It was not quite love at first sight. “I thought Eric was being mean to me,” Turner says, “until Mary explained that was just his New York cool.”

As the relationship grew warmer, the bicoastal couple began dividing their time between Hughes’s Greenwich Village apartment, where he still maintains his design firm, and Turner’s 1960s white-box condo in Los Angeles. Hughes sold his “high maintenance” house in the Hamptons but missed the beach. He was in L.A. so often that he eventually leased an apartment in Malibu. The one-bedroom weekend pied-à-mer has genuine Hollywood bona fides. It’s on the bottom floor of a two-story clap- board bungalow that was built in 1929 by filmmaker Frank Borzage, a best-director winner at the first Academy Awards.

In the living room of Eric Hughes and Nathan Turner’s home in Malibu, California, the sofa, designed by Turner, and armchair have slipcovers of Ralph Lauren Home fabrics; the rug is by Langham & Fine, and the wall and ceiling paneling are painted in Benjamin Moore’s Super White.

Since then, however, the building had been divided into two units. Their apartment had undergone a patchwork of renovations that left the bedroom walls a mélange of beadboard paneling. Instead of being horrified, Hughes and Turner found it charmingly authentic. Cream-color walls, white shag carpeting over uneven floors, and even the faint reminder of the prior tenant’s cats didn’t put them off. “All it needed was a couple of coats of Benjamin Moore’s Super White and some sea grass on the floor and we were ready to decorate,” Hughes recalls.

In the bedroom, the headboard is upholstered in a Lulu DK fabric, the portrait of Turner is by Marc Whitney, and the seascape painting is vintage.

Though they quickly accepted the place on its own terms, the two designers had to accommodate each other’s sensibilities. Hughes is known for a fresh take on East Coast style: spare white rooms with clean-lined furniture, contemporary art, and bursts of accent color. Turner likes to layer antiques, rustic vintage pieces, and patterned Anglo- Indian textiles for a California-bohemian look.

“He’s Felix and I’m Oscar,” says Turner, referring to the neat-freak and clutter-happy characters in The Odd Couple. The Malibu apartment is their first venture as decorating partners, and their shared concept of an all-American surf shack helped establish a common aesthetic ground. Both designers agree that the enduring allure of a beach house is its simplicity. “It gives you permission to be completely casual,” says Hughes, who avoided fussiness with such dialed-down details as matchstick blinds and white IKEA curtains.

A French chair and a 19th-century English desk in the bedroom; the framed flag scarf by Perry Ellis belonged to Hughes’s grandmother, and the letters and table lamp are vintage.

While many contemporary beach houses are clad in sandy beiges, driftwood grays, and sea-glass blues, Hughes and Turner paid homage to Fourth of July weekends on the Atlantic shore. The patriotic palette of red, white, and blue is never kitschy when it’s at the beach, says Hughes.

The informal entryway serves as a surfside version of a mudroom, with a long line of pegs to hold towels and spare swimsuits. Nearby, Hughes hung a Jolly Roger flag, which captures the boyish, clubhouse feel of their getaway. Outside, Turner parks the surfboard he used as a teen and still rides.

The orange surfboard on the deck is from the 1960s.

Tight quarters and an agreed-upon decorative vocabulary of nautical motifs — maps, flags, ropes, and sea creatures — kept Turner’s hunter-gatherer impulses in check. Still, he brought in a 19th-century English writing table with a French oak chair, wedging them into a nook of the bedroom. Above it, Hughes added a framed 1980s Perry Ellis stars-and-stripes scarf his grandmother wore.

A photograph by Oberto Gili hangs next to a vintage ship’s bell in the dining room; in the living room, a vintage chair found in Sag Harbor, New York, has a cushion covered in a Lulu DK fabric.

“We wanted things that were personal,” says Turner. “And then we hit the flea markets. Hard.” A vintage library pushcart became a bedside bookshelf, and an assortment of stools found a new home at a table with a base made from rusty anchor chain. The table doubles as a buffet when the couple entertain.

The kitchen cabinetry is by SieMatic, and the floor is painted in Farrow & Ball’s Arsenic.

“Sunday lunch is the main event,” says Turner. The pair shop at the Malibu farmers’ market, and Turner whips up huevos rancheros and other California classics. Guests are served alfresco at a plain table dressed up with vintage crockery. Nearby, Turner’s English Labradors, Nacho and Daisy, await a chance to clean up any post-party crumbs.

“The beach is our first true love,” Hughes says. “Being California-born, we had a real sense of what beach living is all about — comfortable, easy, nothing overwrought.” They’ve nicknamed their place the Boat House. “The second I open the door and get that gust of sea breeze,” Turner says, “I’m completely relaxed, no matter what else is going on.” 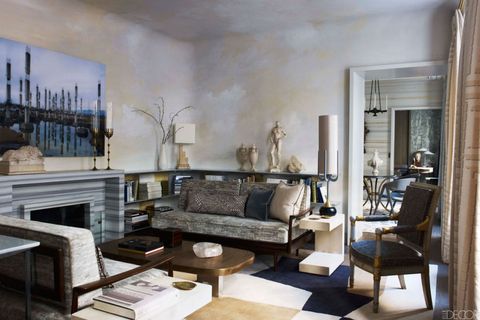 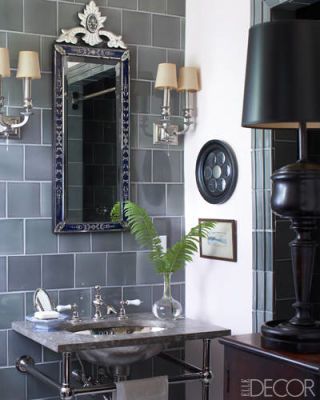